So, this little Tunefruit Tech Talk blog is the perfect place to talk about the cool new invention of one of our artists, the great, the fantastic, Mr. Adi Goldstein.

Ok…now that you have heard his awesomeness with the musical notes, check out what he’s built for fellow composers to better protect their music online: AG Watermark Generator

What is it? Glad you asked. According to Adi:

“AG Watermark Generator is an intuitive program that enables you to insert an audio signature in the tracks you compose. The software allows you to insert audio fragments in your songs that play on top of the original sound, thus creating an audio watermark. It is easy to use and ensures an accurate preview of the result.”

Click below to checkout this really cool music producer must-have: 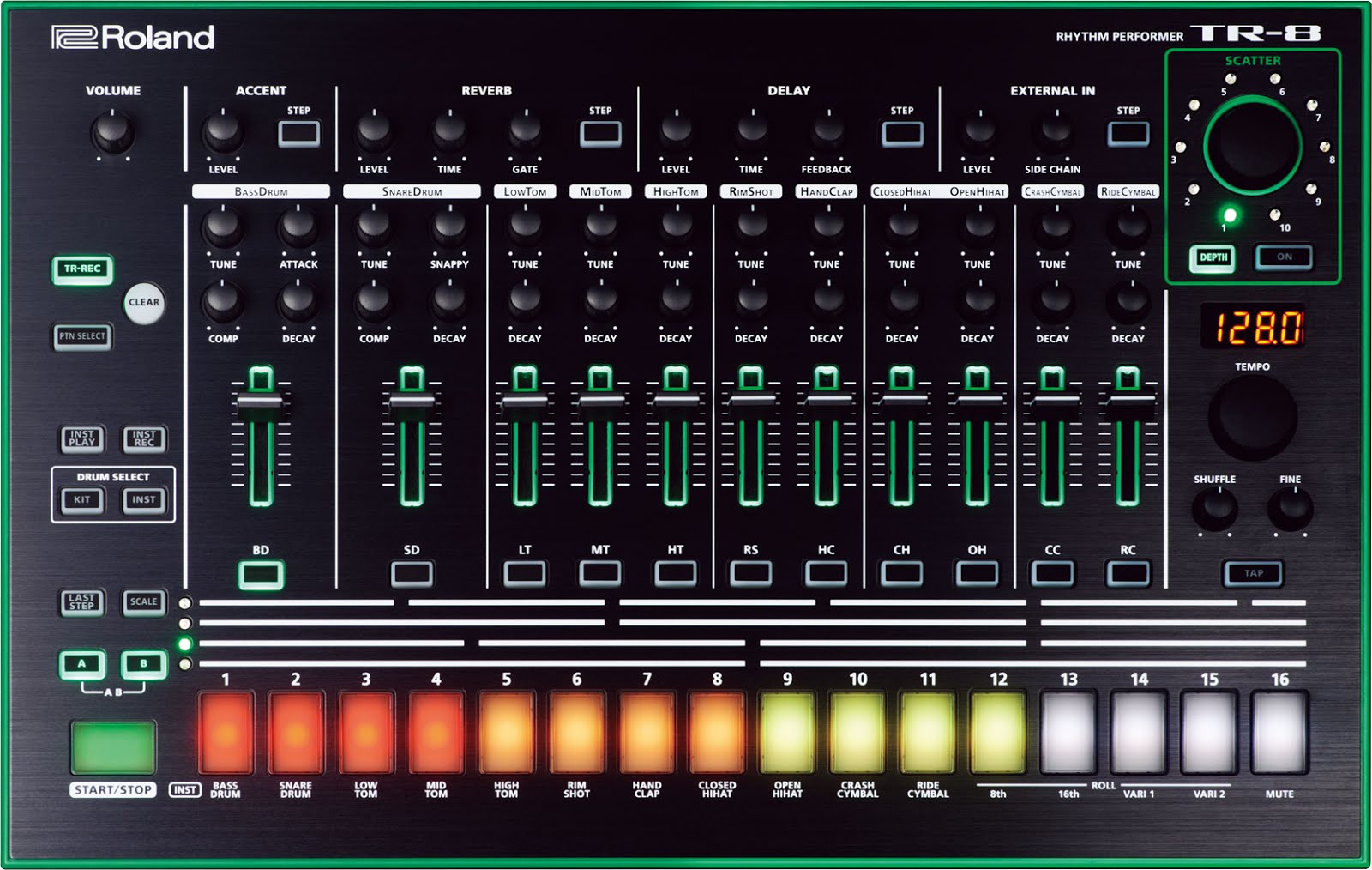 The iconic Roland TR-808 drum machine is back!  I do not think it is possible to listen to at least one hip hop, dance or pop track within the last few decades that has not incorporated that undeniable lo-fi boom, known as the  “808 kick”.  Used in a countless number of songs by most of the heavyweight producers over the past 30 years, this drum machine has taken on a life of it’s own.  It’s amazing that an instrument that was actually only available during a 4 year window in the early 80s has had such a huge impact on popular music.

Fast forward to the present day and Roland has now resurrected the drum machine as the  TR-8.  The unit is part of Roland’s new Aira suite of instruments, designed to cater to the electronic musician.  Although all of the sounds from the original TR-808 can be found in most software synths and samplers, Roland seeks to target those musicians who choose to channel their inspiration through traditional analog hardware.  With a clean, sleek new look, I definitely like the redesign.  It’s a fresh take on an iconic instrument while managing to maintain a retro feel.

I do find it peculiar that Roland is only now capitalizing on the popularity and cult-like following of the TR-808.  Sales of a used TR-808  have been selling well over $3000 USD on Ebay  for years.  Latest reports have stated that Roland wanted to time the comeback correctly.  Retailing at $499, it seems like the comeback price is affordable, enabling musicians to get started on those beats ASAP.

ABOUT THE AUTHOR: Derrick Pryce (known as Cantaloupe at Tunefruit) is a music producer and keyboard player based in Atlanta, GA.  His current release is entitled Kebomusic Presents: The Experience, which is available on iTunes and Amazon. In addition to music, he is very much interested in technology, entrepreneurship and venture capital. He thinks mixing them all up would be fantastic. For more information, check out www.kebomusic.com.

More streaming music? It appears that music that was once streaming has now turned into a waterfall. The already crowded streaming music marketplace, with heavyweight contenders such as Spotify, iTunes and Pandora, now have new opponent. Beats By Dre will soon debut their streaming music service. Interscope CEO Jimmy Iovine and super producer Dr. Dre have teamed up with the likes of Trent Reznor from Nine Inch Nails to bring this effort to fruition. Their market differentiation will be to bring a more “human” approach to song selection.

Beats has become a formidable force in the high-end headphone market, while also becoming a fashion statement for many celebrities, trendsetters and people that just want to look cool. Recent rumblings from entities like Consumer Reports have questioned whether the headphones are worth their high price tag. Regardless of the criticism, it is clear that Beats has become a wild success and there are no signs of them slowing down.

Looking back, who would have ever thought that the producer of the infamous hip hop group N.W.A. and a former sound engineer would become hi-tech audiophile power players? Never say never. For the fans of Dr. Dre’s music, does this mean that we will never get the long-awaited follow up to Dr. Dre’s critically acclaimed debut album “The Chronic”? Only time will tell.

ABOUT THE AUTHOR: Derrick Pryce (known as Cantaloupe at Tunefruit) is a music producer and keyboard player based in Atlanta, GA.  His current release is entitled Kebomusic Presents: The Experience, which is available on iTunes and Amazon. In addition to music, he is very much interested in technology, entrepreneurship and venture capital. He thinks mixing them all up would be fantastic. For more information, check out www.kebomusic.com.